"The city's most vital new-music hall" 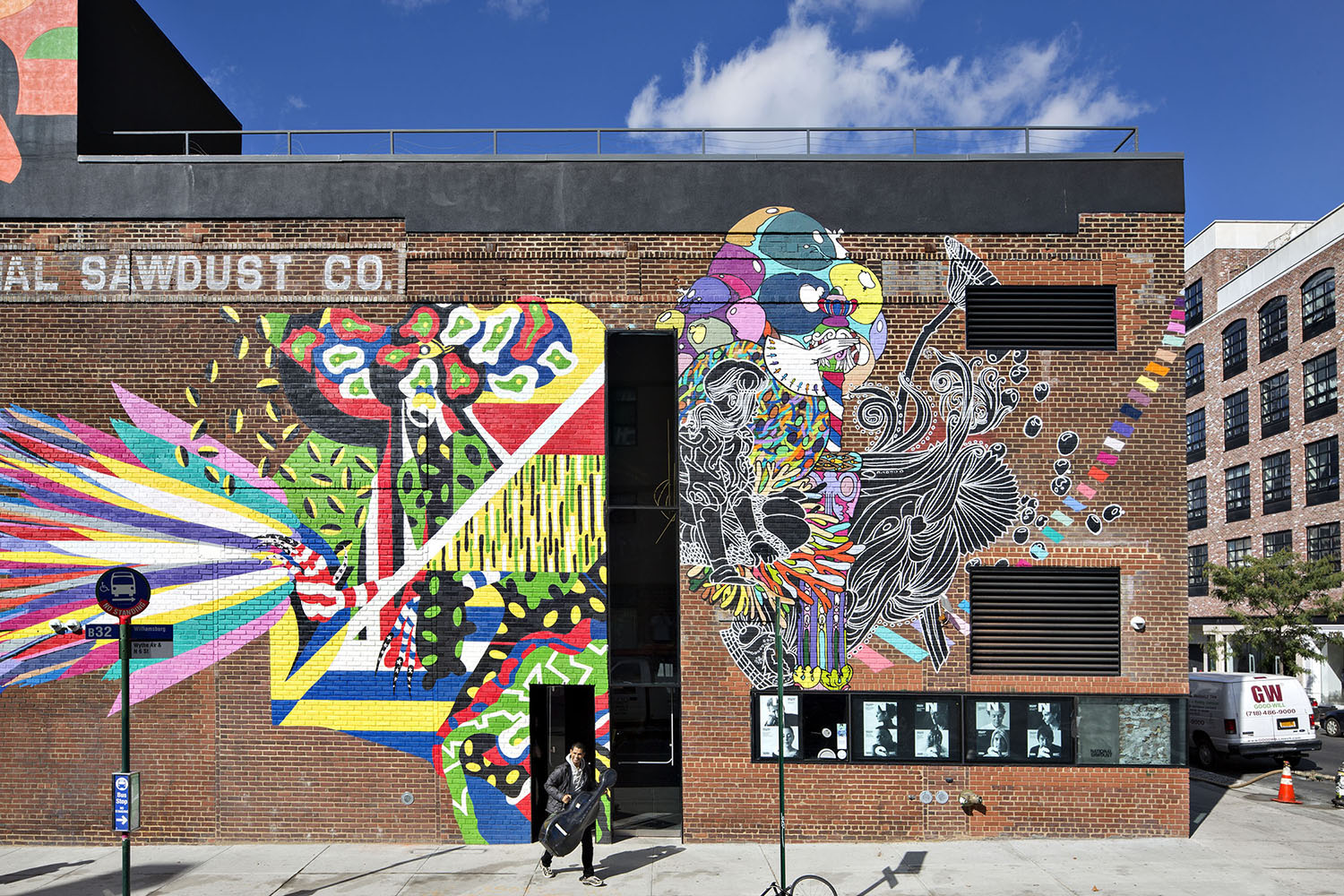 “[A] sense of possibility and range informs the design. A bright, spray-painted mural on the exterior suggests that artists will create the institution, rather than the other way around. A vestibule lined with a herringbone pattern of black-glazed brick creates a buffer of handmade glamour between the street and the musical womb. Textured screens of various shapes and sizes, separated by black steel channels, clad the interior, making the space look at once improvised and calculated, patterned and kinetic — just like much of the music that filled it on opening night.”

Opening its doors in 2015, National Sawdust is a nonprofit performance space in Williamsburg, Brooklyn. The project is a retooling of the 18th century chamber hall model as an incubator for new music. The design is characterized by the insertion of a highly articulated crystalline form into the rough brick envelope of a former sawdust factory in Brooklyn, New York. 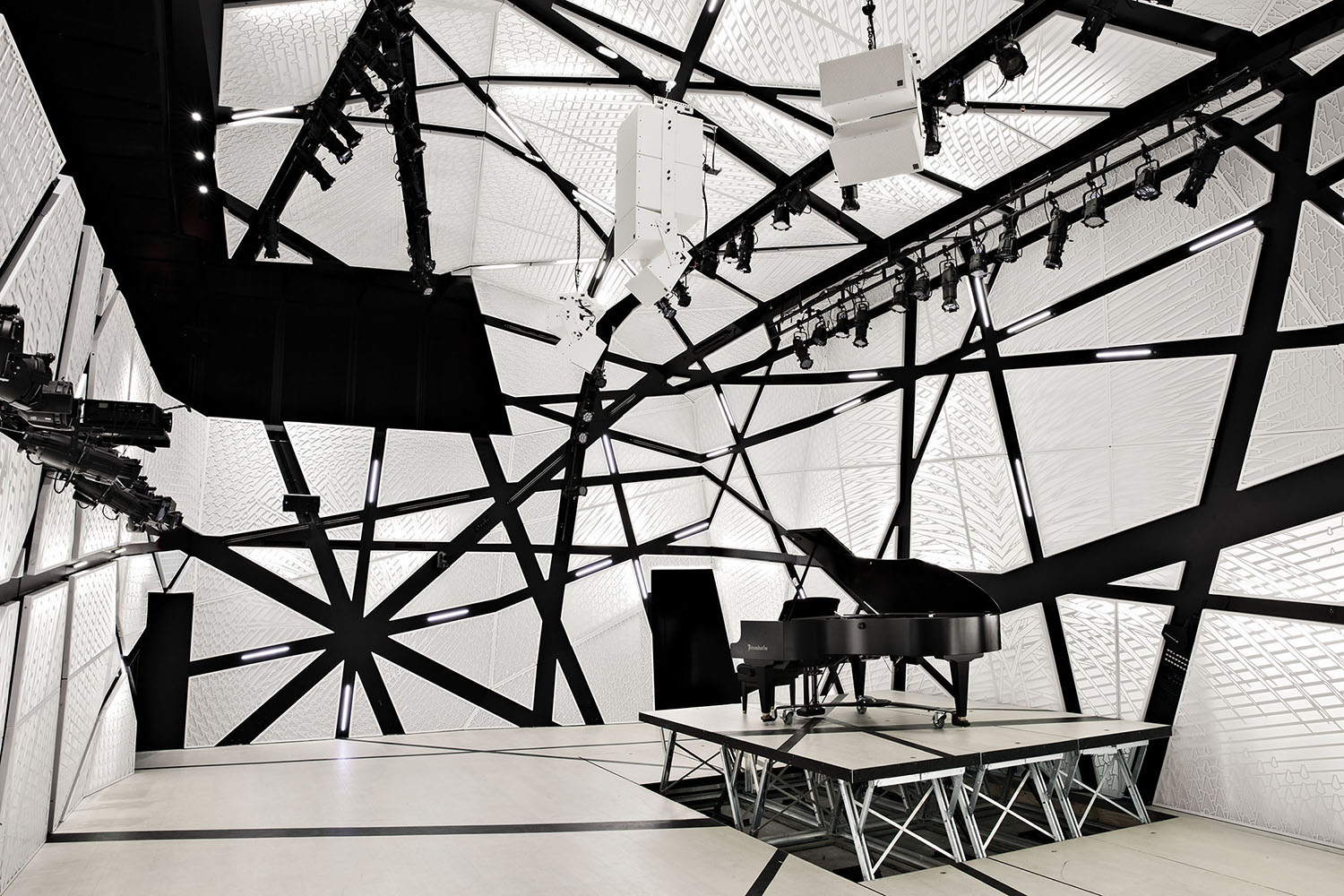 This form is comprised of an acoustically transparent but visually translucent skin, which allows sound to travel through it freely. Creating a seamless, wrap-around enclosure for a wide repertoire of performances, the skin masks the variable sound absorbing, diffusing, and reflecting surfaces, as well as the state-of-the-art performance, recording, broadcast, and box-in-box isolation systems that allow the eponymous nonprofit to achieve its mission: to support new musicians, artists, and composers on their way to viable and sustainable careers.

“Nothing quite like it exists in New York City, or anywhere else in the world, and it must be seen (and heard) to be believed”

In its first two seasons alone, National Sawdust has held 660 performances, welcomed 52,000 patrons from all 5 boroughs of New York City, as well as from 47 states and 53 countries. These performances have included 47 world premieres of new works, including 12 new operas, and garnered 50 New York Times reviews. The project has helped to launch the career of countless musicians and composers, giving them the much-needed support to bridge the gap between honing their talent and finding their audience.